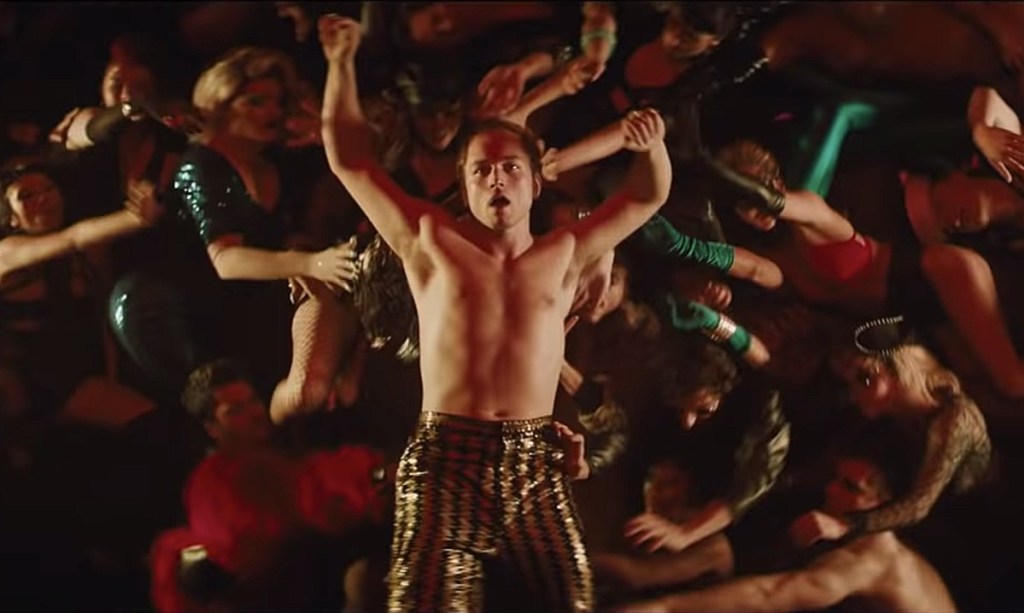 Rocketman, the new Elton John musical biopic, opened with floods of film critics and cinemagoers singing the film’s praises, mostly for Taron Egerton’s charming and energetic performance in the title role. And while I agree that his portrayal of Elton was superb – he received an uproarious standing ovation at Cannes – and he was able to effortlessly belt out all those classic bangers, there was something about the writing that stuck in my craw, and it’s something that I can’t stop seeing in Hollywood movies, especially in biopics where the lead character has a problem with drugs and alcohol.

In order to visually demonstrate that a protagonist has hit rock bottom, they often include a scene depicting group sex, kinky sex, or sex that’s paid for; because what could possibly be worse than drug addiction, physical violence, and mental health struggles? Apparently the answer is any kind of fucking that isn’t romantic and implicitly monogamous.

Most recently and notably we saw this in Bohemian Rhapsody where Freddie Mercury’s escapades are shown to be driving a wedge between himself and his Queen bandmates. However this trope about promiscuity has frequently been bandied about for decades as visual shorthand for main character losing control. We saw it in Steve McQueen’s 2011 trainwreck Shame, and who can forget the infamous “ass to ass” scene in Requiem for a Dream.

It’s a pity that we don’t see more films where group sex is used to show a character discovering new things about themself, gaining personal sexual confidence, and not ultimately dying of HIV/AIDS in the third act. However I do see a glimmer of hope as despite Bohemian Rhapsody’s many, many flaws (how the hell did it win the Oscar for best editing?!), the biggest criticism the public had about it was indeed the way it portrayed Freddie Mercury’s promiscuity as a negative whilst his married bandmates were shown as saviors at the end of his life.

There are bright spots on television like a lovely episode of Special where the main character Ryan, who has cerebral palsy, loses his virginity to a sex worker. Hollywood has historically thumbed its collective nose at television, but hopefully with the massive success of streaming services like Netflix and Hulu, they will see that it is at the very least financially beneficial to drag their sexual politics into the 21st century.